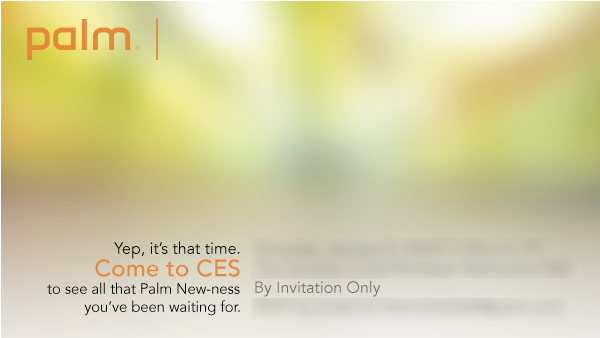 Rumors have now been confirmed that a new OS is going to be introduced by Palm during CES. The new OS, dubbed ‘Nova’ has been a project lead by Executive Chairman of Palm, Jon Rubinstein. He’s also a former senior vice president over at Apple (thought that was interesting). Hopefully Jon has the magic touch here, as I’m sure Palm could use it.

As a report in Business Week mentions, Palm is going to have to aim for the ‘fat middle’ with the new OS.

Rubinstein and others say the goal is to create products that bridge the gap between Research In Motion’s BlackBerry devices, oriented to work and e-mail, and Apple’s iPhone, oriented to fun.

In my opinion there’s a lot hinging on this. With the latest round of layoffs from Palm, and the ever weakening economy… This could be Palm’s last kick at the cat. I certainly hope Palm knocks one out of the park and has some success with it. I want them to WOW me here. Unfortunately I think that’s what it is going to take to save their butts. Innovate or die, isn’t that what they say? C’mon Palm, I’m rootin’ for ya.