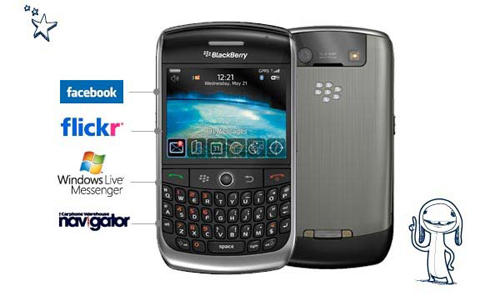 BlackBerry 8900 from the Carphone Warehouse

Not to be outdone by us colonials in Canada, the newest BlackBerry Curve (8900) is now available from the Carphone Warehouse as expected, with plans from Orange and O2. Huh? Where’s T-Mobile? Weren’t they the first to release the BlackBerry 8900 in Germany? Oh, they have it for the UK too, but apparently aren’t playing nice with CPW – maybe they’re just bitter that T-Mobile went ahead and launched it before them. The BlackBerry 8900 is a fine-looking device, managing to pack the majority of the Bold’s horsepower (including Wi-Fi, GPS and a 480 x 360 screen) in a slimmer and sexier package. We’re still holding out on an American release, though we really haven’t heard a peep from T-Mobile US on the possibility. It’s obviously too late to expect anything for Christmas, but maybe the early new year…?

A new shipment of BlackBerry Storms are coming in to Bell in the near future. If you've been waiting to...