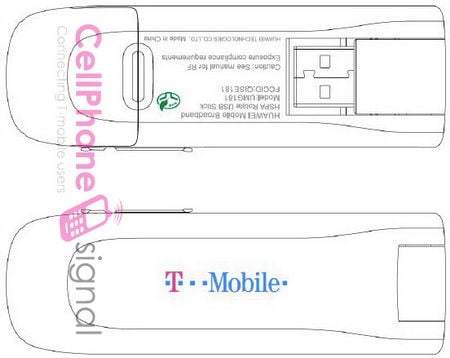 Finally, the first 3G modem for T-Mobile USA’s network has appeared at the FCC. It’s the Huawei UMG181 and it can sing along T-Mobile’s 3G frequency. Actually, the device supports four different bands – 850, 1900, 1700 and 2100 MHz, but it’s the 1700 Mhz frequency that’s most interesting to the Deutsche Telekom-owned mobile operator’s users.

In addition, Huawei’s modem also recognizes 2G standards, meaning it will work on EDGE or God forbid GPRS where 3G signal is unavailable.

Again, no release date is known at this stage, but we’re hoping CES will provide us with some answers…

Samsung R470 revealed by the FCC; Heading to U.S. Cellular

Thanks to the FCC, we know a new device is heading towards U.S. Cellular's portfolio. It's the music-centric Samsung R470,...