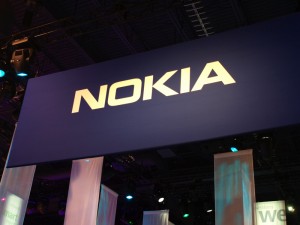 popular smartphones on market. More on that here and here.

But, CES 2009 Las Vegas isn’t all about Palm. Nestled in the heart of the Las Vegas Convention Center, we happened to come across Nokia’s impressively designed booth. Well, actually, it would be more appropriate to refer to it as a veritable island of mobile goodness. Nokia was one of the few dedicated mobile phone manufacturers on hand at CES 2009 to show off their snazzy wares, and we couldn’t have been happier to find their booth.

Nokia was showing off their Ovi and other web-based services, and had some really impressive demonstrations. What caught our eye, however, was the Nokia 5800 XPressMusic “Tube” sitting all nonchalant between other music-phones. The handset is svelte, maybe a little too light. But, that doesn’t really matter. The Nokia 5800 XpressMusic is an impressive music-phone.

Palm Pre, Web OS, and Touchstone – What it means for you

In the aftermath of the media blitz that was the Palm press event, Palm was kind enough to setup a...