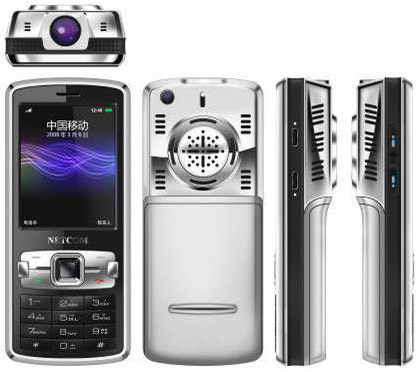 At the CES, a small company called Logic Wireless is presenting its first baby – Logic Bolt. It’s not really a compact device, but it rocks a built-in projector and we love it for that.

Aside from the uber-cool projector, the Bolt comes with a quad-band GSM radio, 3 megapixel camera, Bluetooth, and a battery that can support about 2 to 3 hours of talk time, which is also about the time it can be used for video playback on a 36 to 64 inches wall. In addition, the device also boasts a VGA input allowing users to connect other devices and use the Bolt as a simple mobile projector.

Best of all, Logic Wireless won’t stop here. They say there are plans to make a dual-mode GSM/CDMA handset with live video conferencing, four times brighter projector — which would run Windows Mobile, rather than the current Java-based OS. Apparently, the upcoming device is planned to be offered through carriers (no names were given) for $100 on a contract, or for $600 sans any commitments. Sounds enticing, don’t you think?

Better late than never, eh? Yesterday was a full, full day at CES 2009, occupied mainly by the Palm Pre...