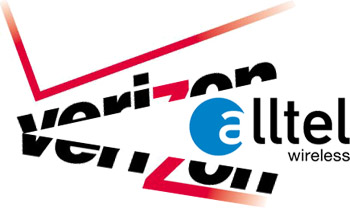 Just as we expected, Verizon Wireless has announced that it has completed its acquisition of Alltel Corporation from Atlantis Holdings LLC, creating the largest wireless carrier in the United States as a result. Verizon paid approximately $5.9 billion for the equity of Alltel, and assumed Alltel’s debt of approximately $22.2 billion.

The acquisition expands Verizon Wireless’ network coverage to approximately 290 million people, nearly the entire United States population, and increases the company’s customers by 12.9 million, after conforming adjustments and before required divestitures, making it the largest wireless carrier in the country with more than 83.7 million total customers, based on third quarter 2008 reported results from both companies. Approximately 2.1 million of those total customers are in markets that will be divested by Verizon Wireless in the coming months, as required by the Department of Justice (DOJ) and the Federal Communications Commission (FCC) as a condition of the merger approval.

In markets that will be retained and combined with Verizon Wireless’ operations, the company will continue to use the Alltel brand for the next several months, and will maintain Alltel’s existing GSM networks in retained Alltel markets to continue serving the roaming needs of GSM carriers’ customers. Alltel customers in markets to be retained will receive a letter during the next few weeks informing them about the acquisition and new services (i.e. mobile broadband) that will be available to them when they transition to Verizon Wireless.

No action is needed by Alltel’s existing customers at this time. Customers’ current service plans, prices and features will remain the same throughout the transition. Verizon Wireless will notify customers, by mail, about any changes that may impact their service in the future.

Verizon Wireless will re-brand Alltel operations in the retained markets in phases, beginning in Q2 2009 and continuing through Q3 2009, as billing conversions are completed throughout the country. During the transition period, Alltel-branded stores will remain open to serve customers… Full release is available from here.

The LG booth tour we took you on previously was missing one of the more significant product launches at CES...