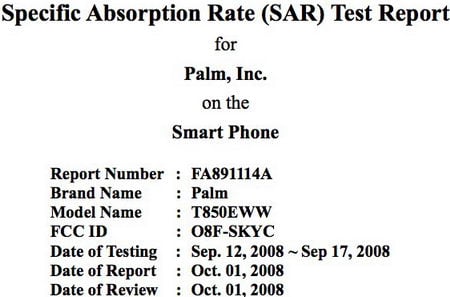 Not surprisingly, we’ve spotted the CDMA-based Palm Treo Pro getting approved by the FCC. I say “not surprisingly,” as we’ve already reported Palm’s Windows Mobile smartphone should hit Sprint’s offering later this month. Even before, we caught some solid proof Sprint is preparing to pull this through. Why they haven’t used the CES to go all official with it, however, is beyond me. I’m sure it wouldn’t steal Pre’s thunder.

Anyway, now when the paperwork is done, guess there are no more reasons to wait. That being said, maybe Verizon is also interested to jump on board. The same device should sing along their network, as well.

Microsoft's reach in the mobile space in undeniable. There are dozens of manufacturers pushing out Windows Mobile smartphones in all...