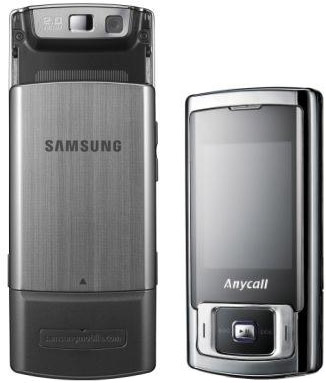 According to Greenpeace, the Samsung F268 — which we covered earlier alongside its bit fancier green brother W519 — is the greenest mobile phone in the world. Samsung’s fairly ugly device rated ahead of such models as the Motorola V9, Nokia 3110 Evolve, Sony Ericsson C905 and LG KT520.

The research results were published in the Greenpeace report “Green Electronics: The Search Continues,” in which Samsung was praised for the efforts to develop new environmentally friendly materials suitable for recycling and reuse.

As a reminder, the Samsung F268 does not contain toxic substances such as PVC. Components of the phone don’t have brominated, flame resistant additives. In addition, the device is equipped with an alarm function, which notifies user to turn off the charger when battery is fully charged.

Esato provides us with today's third concept device, the X-1000, which is mocked up to be from Sony Ericsson. There...