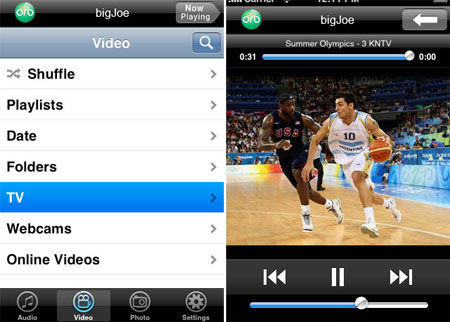 Orb Networks has recently released updated version of OrbLive 2.0, featuring tons of improvements made in response to feedback from their users. Some of the enhancements include:

OrbLive enables iPhone and iPod Touch users to play anything — music, photos, video, webcams — that’s on their home PC. The company first launched its iPhone app before an official SDK was released. Later, when Apple opened up the platform, Orb followed with an improved app that worked on non-jailbroken devices, too. Since then, OrbLive and OrbLive Free have been downloaded by more than 200,000 customers.