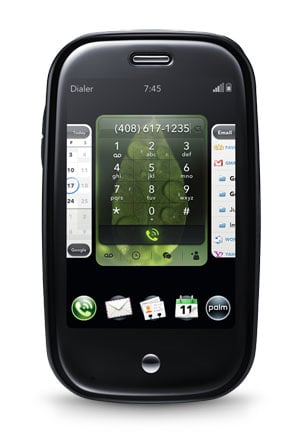 It’s not often that we actually we condone a phone manufacturer purposefully leaving particular features by the wayside. Actually, we don’t condone the lack of a microSD card slot in the Palm Pre, but the reasoning behind Palm’s decision to nix the expansion card slot makes sense enough. Palm apparently needed to ensure that their sleek and intuitive Palm Pre met their hardware and software design philosophies, and the microSD card slot just didn’t jive with Palm’s vision.

Palm’s Product Manager Matt Crowley has addressed the Palm Pre’s glaring lack of a microSD card slot in his open Facebook discussion about the Pre. Crowley states that the microSD card slot, as small as it would be, was conscientiously left off the Pre in order the preserve the Pre’s clean, curvy lines and svelte profile. The microSD hardware would have been too much extra bulk near the Pre’s rounded edges.

But, it’s not just hardware considerations that moved Palm to design the Palm Pre with 8GB of on-board storage but no microSD card slot. The Web OS was designed to be at once powerfully flexible and highly intuitive. Unfortunately, the finger-friendly Web OS UI would have come up against Palm’s aim to make the Palm Pre as intuitive as possible. In speaking with Palm VP Software Product Management Pam Deziel at CES Las Vegas 2009, we learned that the addition of expandable storage capabilities would had added unwanted complexity to the Web OS. We’re not so convinced that Palm couldn’t have worked out a UI-flow that incorporated expandable storage cards, but we’ll give them the benefit of the doubt with the super-slick Web OS.

So, are we sad that the Palm Pre lacks a microSD card slot? Damn skippy, we are! Do we blame Palm for putting design and usability ahead of cramming in more hardware? Not if the Web OS and Palm Pre prove to be as powerful and enjoyable to use as we think it will be…

Axel Technologies, a global pioneer in multistandard mobile TV, announced today that they have secured a new 2.4 million euro...