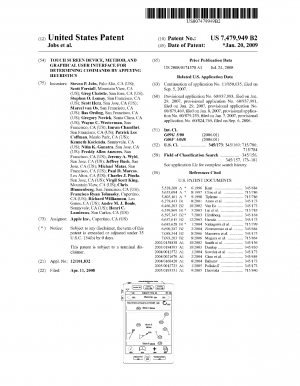 The other day Palm snarled back at Apple for suggesting they were ripping off iPhone IP, but now Apple is armed with a big fat multitouch and swipe gestire patent which could smack Palm right in the face. The new Palm Pre, announced at CES a few weeks ago, featured some very familiar looking pinching gestures which drew audible swooning from the crowds, but had plenty of folks glancing at their iPhone at the same time. Assuming Apple has an iron grip on the patent and it isn’t disputed or worked around, the best scenario is if Palm forks over licensing fees to Apple so their last ditch at survival isn’t totally snuffed out. To see the specifics of Apple’s patent, hit up the US Patent Office.

[via World of Apple]

The Camera Phone Predator Alert Act has been introduced to U.S. Congress, seeking to impose mandatory shutter sounds on all...