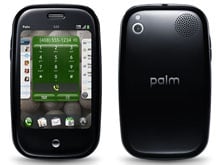 The accepted rumor had it that the Palm Pre would hit us on Sprint sometime around February 15th. With that date not very far away, I was starting to get a bit concerned that I hadn’t heard more rumblings about the launch. Sure enough, new details have come out via BGR in the form of a leaked end-of-life (EOL) list of Sprint handsets. The list details devices that are coming to the end of their ‘run’, to no longer be sold… and lists the device slated to replace the outgoing handset.

Keep this filed under rumors for now… These things are often wrong. To check out the full EOL list, make the jump.

iPhone users have been clamoring for proper video-recording since the original iPhone launched in 2007. It's sad that the iPhone...