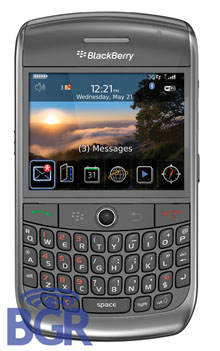 That’s right folks, time to crank up the rumor mill yet again! New details have emerged via BGR about a BlackBerry 9300 ‘Gemini’. As soon as I laid eyes on this bad-boy, I knew it was for me. It’s basically an 8900 on steroids. Yes, 3G is packed in to the familiar form factor. No word has leaked yet on launch plans, but from what I’m hearing so far it looks like late 2009 or early 2010 for the Gemini.

Here are some current specs listed on the BlackBerry 9300 ‘Gemini’ from BGR:

Can’t wait for this one.

Show Your BlackBerry and iPhone Love in Jewelry Form

Want to show some BlackBerry or iPhone love in jewelry form? Ladies, this one is for you! It seems that...