These days, mobile phones have more processing power than full-fledged computers of the last decade. Unfortunately, these powerful CPUs require a lot of power. And, as these processors become ever more powerful, they’ll draw even more power. Or do they? 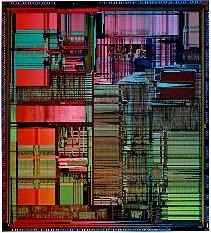 The problem in creating more powerful processors lies in the need to pack in more transistors into a chip. As transistor density increases, transistor size decreases. But, smaller transistors lead to more “noise” within the processor. Engineers have typically dealt with the problem of “noise” by upping the voltage, sacrificing battery life in the process.

The ‘s used a “probabilistic design” approach to chip design by embracing the inevitable calculation errors, rather than ignoring them. Krishna and his team were able to develop a processor that is less prone to “noise,” and thereby reducing the need for higher voltages. The result is a processor that is more efficient and more powerful – a win-win situation for device designers and consumers alike.

More powerful processors with extremely efficient power draw could allow for future mobile phones with desktop-like performance needing far fewer battery-charging cycles than even today’s most robust cellphones. “Probabilistic design methodology, if used for consumer devices, would result in energy efficient devices,” says Professor Palem who conceived probabilistic design and is part of the US-Singapore team making the announcement. “For example, for consumers, it could mean the difference between charging a cell phone every few weeks instead of every few days.”

We hope to see the PCMOS technology hitting the mobile space in as little as four years.

AdMob is out with their monthly metrics report. From there we learn that people in the U.S. and Western Europe...