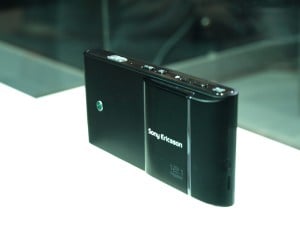 Mobile World Congress is definitely the right place to launch a new high-end touchscreen handset, and Sony Ericsson knows how to play this game to a “t.” We hit the Opium Cinema in Barcelona, home of the Mobile World Congress 2009, thinking we were going to put hands on some of Sony Ericsson’s new handsets. Little did we know that Sony Ericsson was going to announce a brand new Symbian-powered touchscreen handset with a 12-megapixel camera!

So new it doesn’t even have an official model name, the Sony Ericsson Idou spec-sheet includes class-leading features like a 12-megapixel camera (no 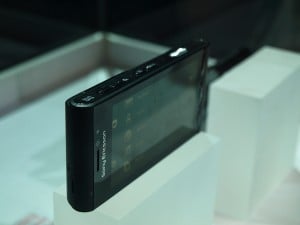 CyberShot) with Xenon flash, 3.5-inch widescreen touchscreen display, and DLNA-compatible WiFi and GPS receivers. And, to top it all off, the Sony Ericsson Idou is powered by what will be known as the Symbian Foundation OS – based on the Symbian platform and Nokia’s Symbian S60 UI and should make for a user experience not too unlike the current S60 5th Edition OS.

Not much else is known about the Sony Ericsson Idou at this point. Thanks to our friends at Mobile Burn, we can tell you that it feels downright solid in the hand – which makes sense for a high-end cameraphone from Sony Ericsson. Generous use of brushed metal hammers home the Sony Ericsson Idou’s place as a class-leader, not just in the feature-set, but also in aesthetics. Really, it’s a pretty looking piece of kit.

Full details and availability/pricing information is expected to go public around Summer of 2009, so don’t go expecting to see this 12-megapixel monster of a cameraphone hitting market before end-of-2009, if that.

Full picture gallery after the video.

ABI Research: WiFi-enabled handset shipments to double from 2008 through 2010

Shipments of WiFi-enabled mobile phones will double in volume by the end of 2010, compared to January 2008, and that...