Could it be? Is Motorola working on a slate-based touchscreen smartphone with an industrial design that actually evokes feelings of longing and approval?

Well, if this latest set of spy-pics, tipped to Engadget Mobile, turns out to be legit, we could very well see Motorol preparing to launch a new touchscreen smartphone powered by the Android OS. The folks over at Engadget Mobile posit that the Motorola handset you see pictured will hit market as a high-end smartphone with the right stuff to compete with the likes of Nokia, Apple, Samsung, and LG. 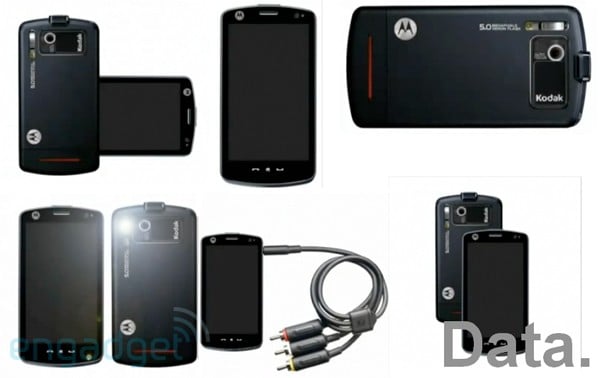 The photos show the mystery Motorola handset rocking a Kodak-branded 5-megapixel camera with Xenon flash, a huge touchscreen display that dominates the front face of the device, and some TV-out goodness. As for the Moto phone’s Android aspirations, it’s hard to see this particular piece of kit running the Google-made mobile platform. The lack of any “Home” or “Menu” buttons on the front face of the handset make it unlikely that we’ll see Android running the show.

Perhaps these spy-shots are showing off a new Motorola smartphone based on the upcoming Windows Mobile 7? Wishful thinking? Yup.

This weekend HTC confirmed that it will be bringing the Touch Pro2 to all major markets and North America. The...