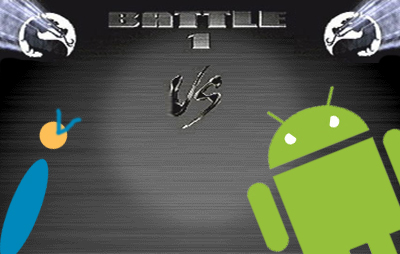 “Android is not open, it’s a marketing label. It’s controlled by Google. … [It’s] just another Linux effort with a popular consumer brand attached to them,” said Symbian Foundation director Lee Williams in a recent interview. Yow. Dem’s fightin’ words. In retort, Google VP of mobile Rich Miner took a stab at the Symbian Foundation: “I’d say that if you need to join some sort of a club in order to get access to the source code – so membership in some consortium or some other group – then it really truly isn’t open.” Oh man, the gloves are off now, aren’t they? Let’s be fair, neither side is entirely clean – one recoups costs by membership, the other through controlled commercial rollouts. Neither is really the utopian epitome of the open source movement, even if it’s at the core of both of their strategies. Any developers in the house have a particular preference?

‘I Am Richer’ App Hits the Android Market for $200

You might recall the 'I Am Rich' App that hit the Apple App Store last year. Priced at a cool...