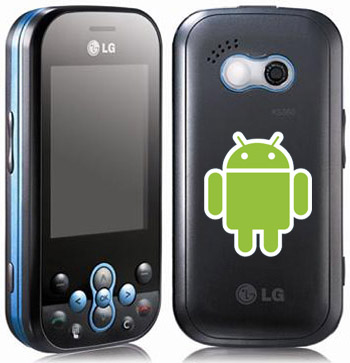 File this under “disappointing,” cause that’s exactly how I felt when I found out that the LG KS360 aka LG Tribe aka LG Neon will be the first Korean company’s Android-powered handset. According to T3 — we haven’t caught this while in Barcelona — at the MWC, LG said it will launch the device with Google’s mobile OS during the summer.

The disappointment came from the fact that the KS360 is kinda childish-lookin’ device, obviously not designed for high-end mobile phone users. Moreover, it seems the specs will remain pretty unchanged, leaving the final product with the same 2-megapixel camera, which is kinda “so last year” these days.

Why not include Android with the Prada 2? Now, that would be something, don’t you think?

Vertu is out with yet another special edition of its Constellation series. It's called Pure and unlike other devices from...