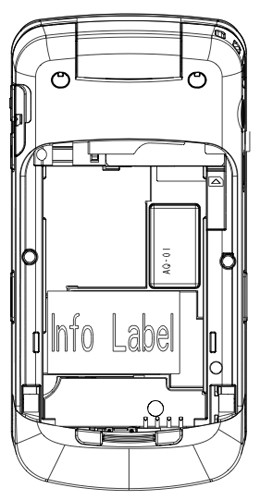 In what could only be described as the most brazen act taken by a handset while undergoing FCC testing, the upcoming CDMA BlackBerry Pearl Flip recently flipped itself open in defiance to participating engineers. Onlookers stood agape as the BlackBerry 8230 proceeded to wave itself about lewdly and taunt “Yeah, what do you think of THAT?”

FCC tester Patricia Hamilton was visibly shaken after the episode. “Most phones just sit there and let us set up our doodads and thingabobs that detect signals and megahertz and stuff. But this… this was the rudest phone I’ve ever tested in twenty years,” Hamilton said, blinking away gathering tears. “It called me and my colleagues ‘eggheads’. Last week, I caught it trying to take a picture of me under the bathroom stall – I’m just so glad this is all over. I’ll never test another BlackBerry again.”

The 8230’s GSM brother, the BlackBerry 8220 currently residing on Rogers and T-Mobile, had no defense for its sibling’s behaviour. “I just don’t understand. We parted on good terms after RIM, although I was always under the impression she was bitter that I got to leave first. I just hope people don’t think she’s a bad phone, she’s not – honest. Just a little misunderstood.”

Despite its breach of conduct, CDMA carriers are still likely to pick up the BlackBerry 8230, and may even use the incident to market the Pearl Flip’s rebellious qualities. “BlackBerry has always had this stuffy aura about it,” said Herbert Nuñez, marketing and communications professor at the University of Utah. “While GSM carriers tended to play it safe with their own Pearl Flip, this one is showing some real bad-boy qualities that could work in their favour. People like a phone with attitude.”

The completed report reveals that the 8230 supports EV-DO on 850 and 1900 MHz bands. The smartphone has already made an appearance on BestBuy Canada, rumours of a Bell launch are surfacing, and shots of a white Pearl Flip are likely to be Verizon’s model. Expect this crass piece of technology in stores soon.