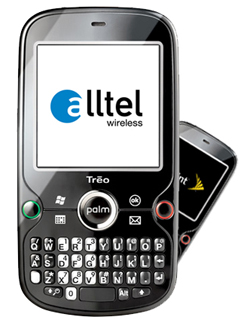 For Alltel customers waiting patiently for the Pre to make its official debut on North American soil, they will soon be able to tide over desires for the touchscreen device with the Palm Treo Pro. If you want to show your Palm love, Alltel is set to launch the Treo pro in a few days, on Thursday March 5th.

The Alltel Palm Treo Pro will run $199 on a 2-year contract, after a $125 rebate. In the Palm Treo Pro you’ll get all of the biggies including WiFi, GPS and 3G speeds. Still, it’s no Pre, but like I mentioned before… If you’re waiting patiently perhaps this will tide Alltel customers over until they can get their hands on the Pre. My advice though? If you really want the Pre save the $199 and put it towards the device when it becomes available 🙂