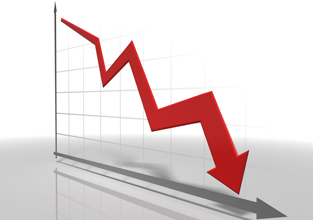 So how hard has the economic crisis hit the mobile industry on the whole? We’ve seen Sprint, Motorola, and plenty of others hurting over the last couple of months, but the overall effect worldwide hasn’t been measured – that is, before Gartner tallied up the 314.7 million handsets sold in Q4 ’08, down 4.6% from last year.

“Mobile phones have traditionally been one of consumers’ preferred presents for Christmas. However, in the fourth quarter of 2008 consumers were concerned about taking on the contract associated with the most attractive products on the market,” said Carolina Milanesi, research director for mobile devices at Gartner, based in Egham, U.K. “Consequently, mobile devices in both emerging and developed markets experienced the lowest quarter-on-quarter growth (2 per cent) ever recorded in a fourth quarter.”

All is not lost, however – U.S. smartphone sales continue to grow, according to another survey by NPD. Not only did smartphones account for 23% of all handset sales in Q4 (up from 12% last year), smartphones are also getting cheaper – down to an average of $167 from $216 in 2007. Touchscreens and 3G are predictably on the rise, but interestingly enough, analysts said resellers could be dishing out more BlackBerry accessories, considering their current market share.

It’s a bit of a mixed bag, hearing that the world’s total cellphone sales are down but U.S. smartphone sales are up. Are consumers becoming a harder sell, holding out for only the most feature-rich handsets, or is that an anomaly that exists only in the U.S.?