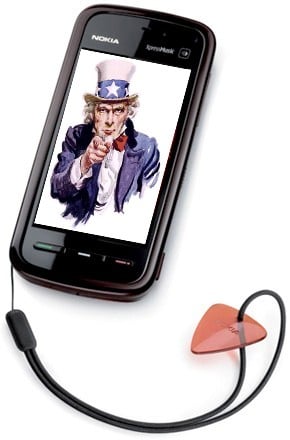 Nokia’s US-launch of the Nokia 5800 XpressMusic and its S60 5th Edition-powered touchscreen has been anything but smooth. Following on rumors that some Nokia 5800 XpressMusic NAM handsets were failing to lock down a 3G wireless signal, Nokia pulled all 5800 XM NAM units from flagship store shelves and replaced them wtih European models. The move sparked many to speculate whether it was the network or the hardware to blame (not that Nokia’s hardware choices for the 5800 are questionable, or anything).

It seems that the problem may have been on Nokia’s end. A new rumor, sourced from an unknown “insider,” hints at a near-term resolution to Nokia’s 3G-woes. An upcoming firmware update may fix any 3G issues that has been plaguing Nokia’s US-fleet of 5800 XpressMusic NAM cellphones. Early testing has supposedly proven successful in fixing the 5800 XM NAM’s 3G problems, which means an official firmware update can’t be too far off.

Did Toshiba leak upcoming Windows Mobile flip-phone to the FCC?

The "how's" and "why's" of this latest leak aren't exactly clear, but it seems that Toshiba might be working on...