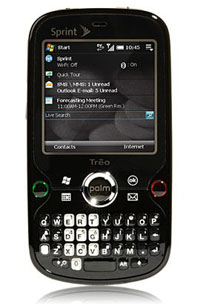 It’s been nothing but rumors and hyped-launch dates surrounding the Palm Pre, and to a lesser extent the Palm Treo Pro since the beginning of the year. The Treo Pro was supposed to hit Sprint in mid-January, and that never surfaced…  Then, rumor was the Palm Pre and Treo Pro would be set to hit Sprint by March 15th. Now, some new launch details have dropped.

MobileCrunch has reported that the March 15th date is at least half correct. Half, because they have learned that the Palm Pre will NOT be launching on the 15th, but the Palm Treo Pro WILL. The Treo Pro will effectively replace the 800w on Sprint, but I can hear the sighs of disappointment coming already. Still, this is something. The Treo Pro should be available at Sprint on the 15th for $200 after $200 in rebates.

The latest version of the Facebook application for BlackBerry has bubbled up to the blogosphere, revealing tighter integration with BlackBerry's...