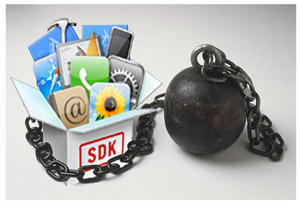 With iPhone developer contracts only outlined for a one-year period, iPhone developers who jumped on board the good-ship iPhone App Store in its earliest days are now facing a dilemma – they’re contracts are set to expire within the month and Apple has yet to announce an official contract-renewal mechanism. Apple previously told iPhone developers that they’d be given a renewal option within 90 days of their development contract’s expiration.

Apple Developer Connection’s Chris Foresman told Ars Technica that, “There is no process in place yet to renew it just now. As soon as a process is in place, you’ll be notified via e-mail or the website. It’s a new program. This program was not yet in place last year, and Apple needs time.”

On the upside, Apple won’t be pulling already-approved apps from the iPhone AppStore upon contract expiration. iPhone developers worried that their AppStore presence might suddenly vanish can rest easy knowing that Apple will still peddle their wares off-contract.

In the meantime, we’ll have to wait for Apple to get its act together and roll out a contract renewal process for current devs.