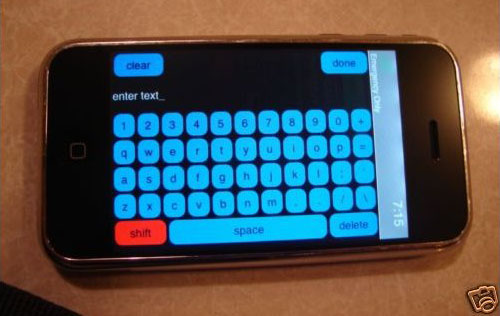 Ever want to get your hands on an iPhone prototype? Thankfully someone out in Illinois has a few prototypes kicking around, and both are up for sale on eBay. A working version has a matte plastic screen, while the other doesn’t seem to be working at all, and could be used best for parts I suppose.

The working prototype does look to be able to send and receive calls… Not too much more functionality can be found within, aside from the ability to receive text messages.

I was immediately skeptical when I checked this out, but the seller does appear to have given some serial numbers that would back up his ‘iPhone Prototype’ claims. The serial number provided would have the device built in week 49 of 2006.

You can check out the auction for more details and current pricing, or make the jump for a video of the working device in action. Bidding ends tomorrow (March 11th)… and the bidding appears to be getting a bit out of control. It sits at over $1,600 USD at the moment.

Talk about taking matters into his own hands. Soured by Apple's restrictive iPhone SDK and increasingly delayed turn-around times for...