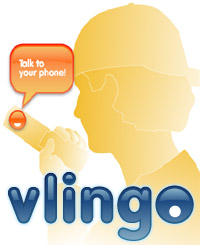 Following a private beta announced in our forums, one of my favourite voice applications for BlackBerry, Vlingo, is spreading its wings both technologically and linguistically with a new version for S60, supporting British accents, German and Spanish language recognition. What can you do with Vlingo? Well, just about everything, to be honest: transcribe messages, launch applications, do web searches, start calls, make task lists, update Facebook status, and send tweets. The turnaround time on a command isn’t crazy, and it learns the more you use it, but you do have to take the time to train the app – I use it only occasionally, so it’s still a little off, but it was good enough to make Yahoo!’s cut for OneSearch. Only those with a Nokia N95, N96, N81, E51 or E71 need apply. Brits can sign up here, Germans here, and Spaniards here. Let us know what you think!