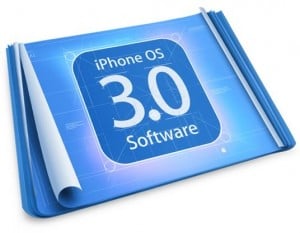 This morning’s hyped-up Palm Pre webcast from Sprint proved to be little more than marketing fluff. We learned little more about the Palm Pre than what we already knew from CES and MWC, not that we’re disappointed or anything. But, isn’t it interesting that Apple chose to announce the iPhone 3.0 OS on the same day that Sprint was supposed to wow the world with more Palm Pre specifics?

Apple’s no stranger to the marketing game. When it comes to hyping a product and getting media coverage, Apple knows how to play the game. It probably wasn’t a coincidence that Apple decided to choose this morning to announce their upcoming, well, announcement of the iPhone 3.0 OS. More to the point, the announcement of iPhone 3.0 OS gives hope to iPhone users still waiting for key smartphone features like video recording, MMS, native copy/paste, etc. The list goes on and one…

So, what can we expect to see in the next-generation iPhone OS?

Boy Genius has apparently been given a heads-up on what iPhone 3.0 OS has in store for us come later this year, and word has it that iPhone 3.0 OS will finally bring MMS functionality and iPhone tethering capabilities to the iPhone and iPhone 3G. We’re not sure how Apple is coming along on copy/paste functionality for the iPhone or video recording, but that doesn’t mean Apple isn’t planning to announce those features on March 17.

New details on the Palm Pre

If you followed our live-blog coverage of Sprint's Palm Pre webcast, you're probably wondering just how much of the webcast...