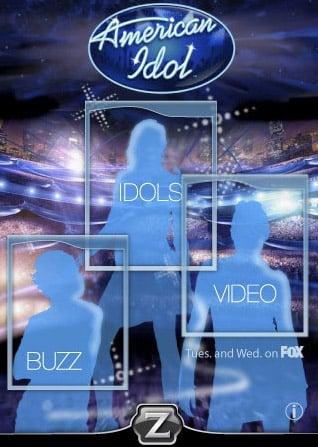 Among the things you’ll find in a dedicated app are in-depth contestant bios, pictures, news and exclusive video from behind-the-scenes of the on-air show. In total, 78 original videos of the remaining contestants will be released weekly between now and the Finale.

Now I don’t want to whine to much, but I would expect this to be a free app, considering that American Idol already has its sponsors. Quite the contrary, “American Idol Season 8 Exclusive” costs 2 bucks ($1.99) and while that’s not much, it is kinda cheap move. We’re not talking about a charity here, but a very profitable show. C’mon folks make this free now when so little people are watching TV… Bah, whatever – here’s an AppStore link.

Two popular iPhone games, Zombieville USA and Star Wars: The Force Unleashed, got the free, lite versions in the AppStore....