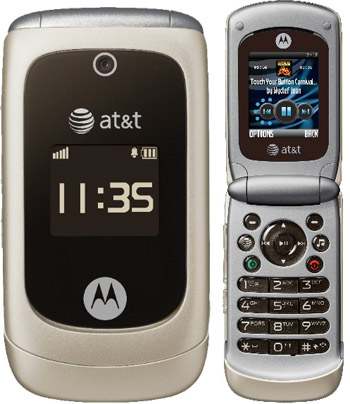 It was back in July of last year that we saw the Motorola Ischia getting the FCC’s seal of approval. Now it’s ready for prime time, set to hit AT&T’s portfolio.

Specs wise, we’re talking about a low-to-mid-end clamshell with specs that won’t impress many. There are two screens on board with external being touch enabled, 1.3 megapixel camera that can take both photos and videos, FM radio with RDS, standard 3.5mm audio jack, tri-band GSM/EDGE radio, dedicated music keys, EQ with 11 pre-set genres, 20MB of internal memory, and of course a microSD memory card slot (cards of up to 2GB are supported).

In a nutshell, it’s a simple music phone for those hard-core Moto clamshell fans, who will be able to pick it up from AT&T sometime in the second quarter of this year. Pricing was not revealed, though.

We thought Android will debut in China by the means of Lenovo's Ophone. O(h) we were apparently wrong, as HTC...