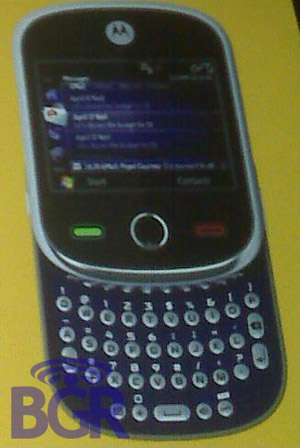 Taiwanese parts manufacturer Compal is waffling on its first-half shipments, claiming Palm shipments for two smartphones may be delayed as they wait for new Qualcomm chipsets to come in. On top of that, Motorola shipments have been cut, including the cancellation of the Alexander QWERTY-clad slider and reductions for the A3100 Surf. The news comes from Chinese newspaper Commercial Times – so take it all with a grain of salt; after all, who knows how much was lost in translation? The Palm delays are especially dour, but the Pre was not named specifically. It’s entirely likely that they’re talking about the Centro and Treo Pro, and not the Pre, especially since Palm has been sticking to their guns for a first-half release of their latest and greatest smartphone.