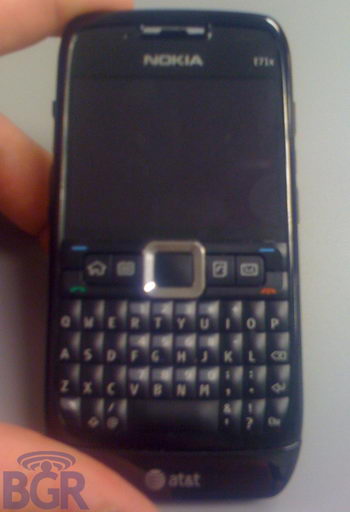 Just when we thought AT&T and Nokia finally agreed to push the E71 States wide, something went wrong. Apparently, there are some problems related to email/Mail for Exchange syncing which will require a firmware upgrade. As a result, AT&T may postpone the launch for up to 8 weeks. 🙁

And while this is generally a sad news, we also have a good thing to share. According to Boy Genius Report, Nokia is pushing hard for $149.99 price point and it seems that will happen after all. On its side, AT&T should definitely be interested to bring Nokia’s QWERTY keyboard baby as soon as possible, as we’ve also heard it will bundle it with a $30 a month data plan.

Hopefully, we’ll at least see the Nokia E71x announced (if not released) at the upcoming CTIA in Vegas. Stay tuned…

For anyone needing a cheap, new and awesomely usable texting device, the new LG Banter has been launched and pricing...