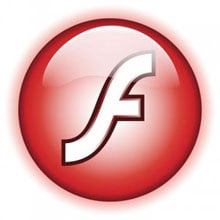 With a smartphone, browsing the “mobile web” is nearly indistinguishable from browsing the “real web.” Most smartphone users are used to browsing the same webpages that they’d be exploring on their desktop, and the mobile experience is fast catching up to desktop browsers. But, if you’re looking to interact with any sort of Flash-based content, you’re mostly out of luck. Adobe has spread its Flash technology to almost all corners of the web, but viewing that content using smartphones based on the Android OS, Windows Mobile, Symbian, Palm OS or the iPhone OS is nigh impossible.

Adobe had already announced that it will be bringing Flash to the Android OS, among others, at Mobile World Congress Barcelona. But, it remains to be seen how Adobe’s mobile Flash will perform. All eyes are on Bsquare to deliver full Flash support to Android!

Apple, Android, BlackBerry, Windows Mobile, Nokia, even Acer and Samsung, are all pointed towards on-device digital distribution; according to In-Stat,...