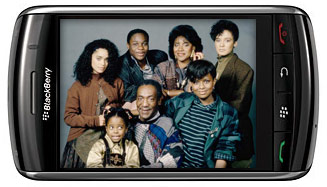 In a report from NewTeeVee.com, details have leaked that RIM could launch a full-episode TV service for BlackBerry users! The launch of this rumored service could hit us as early as CTIA next week.

RIM of course will not comment on unannounced apps or services, so we probably won’t hear from them until this thing goes live. The idea kind of makes sense though, with BlackBerry App World scheduled to go live, this app/service would be a nice flagship app to have tucked away in App World come launch. Stay tuned for more.

Google had enabled voice search in the Maps application awhile back, and now the feature has found its way to...