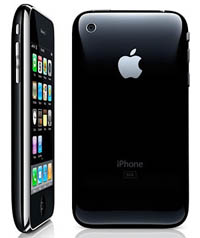 AT&T isn’t the only place to get your hands on a contract-free iPhone 3G, it seems. Apple, ahead of its expected next-generation iPhone launch in June, has started selling iPhone 3Gs free and clear of any commitment to AT&T. Apple’s 8GB iPhone 3G is being sold for $599, with the 16GB iPhone 3G variant boasting a $699 price-tag.

AT&T recently announced that it would start selling no-contract iPhone 3G handsets to current AT&T customers. The offer is only open to current AT&T customers and limits iPhone 3G purchases to one per active line. Apple’s own contract-free iPhone offer apparently applies to all iPhone hopefuls, even those outside AT&T’s network. And, Apple’s full-price iPhone 3Gs can be activated in-home using the iTunes-based activation process.

Apple’s move to sell the iPhone 3G without contract points to an impending next-generation iPhone 3G launch. The move is likely aimed at reducing existing iPhone 3G stocks in anticipation of new hardware coming down the product pipeline.

Commitment-phobes can grab an iPhone 3G off-contract at your local Apple store.