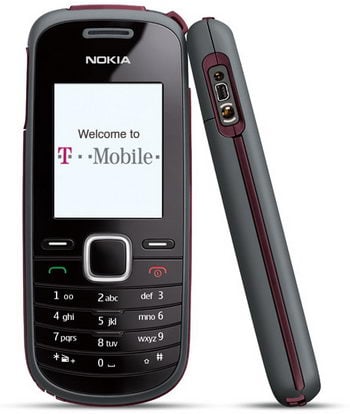 Nokia announced a new entry-level candybar for T-Mobile USA – Nokia 1661. There’s nothing too exciting about this device, except that it may help the Finnish giant expand its U.S. market share, at least a little.

Specs wise, there’s a dual-band GSM radio on board, 1.8-inch 128×160 pixels screen, FM radio, speakerphone, flashlight, and a battery that can sustain up to 8 hours of talk and up to 624 hours of standby time. Pre-installed on the device are two games – Sudoku and Mobile Soccer.

There’s no word on the pricing, but we’re thinking the Nokia 1661 will be available for free on a contract, or for about $50 sans any contracts signed. Release date is set for “later this month.”

Just when you though Palm might have totally blown their load at the CES launch, they might have one more...