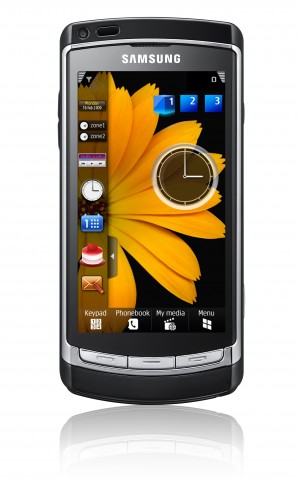 Actually, you’ve already met the Samsung i8910. The Samsung OmniaHD has always been known as the i8910, but Samsung has apparently decided to ditch the “cooler” OmniaHD model name for the sake of avoiding confusion.

We would never confuse the OmniaHD, and it’s 3.7-inch QHD AMOLED touchscreen display, 8-megapixel camera, HD video recording, 3G (HSPA) data connection and sleeker body as being the Samsung Omnia, but Samsung isn’t so sure. MobileCrunch is reporting that Samsung wants to keep the “Omnia” branding tied to Windows Mobile. The OmniaHD is a Symbian handset and so will henceforth be known as the Samsung i8910.

Sprint's done changed the look and feel of their advertising campaign, and the Palm Pre is at the center of...