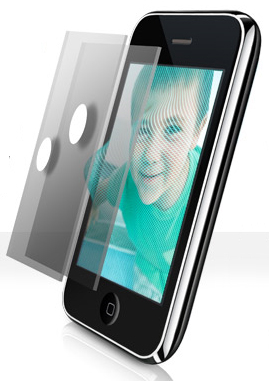 Heh. Apple, who has so veraciously defended the multi-touch technology on the iPhone, is under attack for patent infringement by Taiwanese Elan Microelectronics. Elan had been talking with Apple about licensing multi-touch on Macbook, iPhone and iPod Touch for the last two years, but that’s clearly gone nowhere. Elan had traded legal blows with another player in the multitouch field, Synaptics, which ended somewhat amicably in a cross-licensing agreement.

“From their previous victory in the case with Synaptics, I think they should be quite confident,” [Jessica Chang, a Taipei-based analyst who covers Elan for Credit Suisse] said, referring to Elan. “Elan believes they have a unique edge with this patent, and they want to send a signal to the market” and set an example for others.

Elan has been hurting from the economic downturn, so they’re certainly hungry to cash in on their patents, but they’ll have to do so quickly before the well runs dry. Spending two years talking with Apple on the subject is a long-term drain that definitely didn’t do Elan any financial favours, but with any luck and and due hastiness, they’ll be able to prove to the market that Apple doesn’t have as tight of a grip on multi-touch as they think they do.