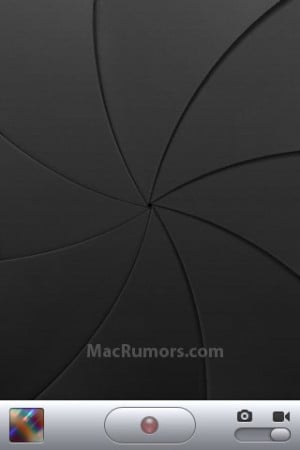 The latest iPhone rumor borne of the iPhone OS 3.0 betas points to the possibility that new iPhone hardware will include video recording capabilities and a magnetometer. Of the possibly two new iPhones coming out this Summer, at least one of them may sport the same “digital compass” technology as the T-Mobile G1 (most notably used in the augmented reality application WikiTude, available in the Android Market). We’re looking for both the higher-end iPhone and the entry-level iPhone to sport video camcorder functionality.

The discovery of a distinct “camcorder mode” toggle in the iPhone OS 3.0 camera application is as good as confirmation from Cupertino that video recording is a definite “go” for this Summer. The camcorder feature was teased out of the iPhone OS 3.0 beta firmware with a little tweaking of a configuration file.

The reference to a “magnetometer” was also found in a configuration file, alongside references to “auto-focus camera” and  “voice control” – which opens the door to some truly trick applications for the iPhone. We were recently amazed by Tonchidot’s Sekai Camera iPhone application and its potential to bring augmented reality to the iPhone. This latest discovery of a “magnetometer” in the future iPhones bodes well for augmented reality apps coming to the App Store.

As we wait for Apple to drop new iPhone hardware on us come this Summer, we can't help but to...