Garmin and ASUS have been hard at work on their nuvifone lineup. The Garmin-ASUS nuvifone M20 was recently launched as a slim GPS-centric smartphone powered by the Windows Mobile platform. But, the duo’s new-found smartphone aspirations don’t stop there. Garming-ASUS are putting the finishing touches on the bigger, and arguably better, nuvifone G60. And, rumor now has the Linux-powered nuvifone G60 launching in June! 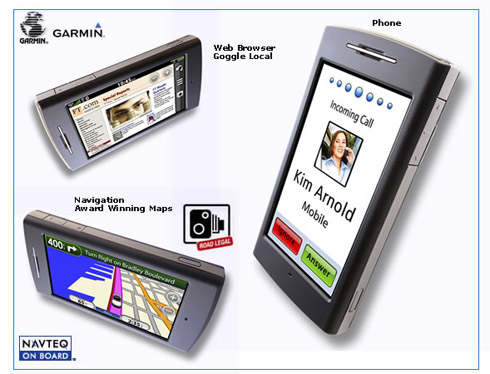 The nuvifone G60 is actually the original nuvifone that Garmin announced way back in 2007. Garmin and ASUS have apparently needed the time to iron out all the kinks with its Linux-powered GPS-phone. But, according to an inside source, the nuvifone G60 should finally see the light of day in June. With a 3.55-inch touchscreen, 3G (HSDPA) connectivity, WiFi and GPS the nuvifone G60 will be a handset to watch.

Pricing and availability aren’t yet known.