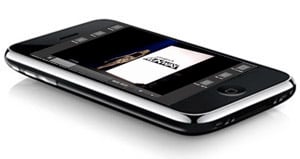 Hulu has been pushing hard to broadcast their streaming TV broadcast to every corner of the web. So, what’s next? The iPhone, of course! According to the Silicon Alley Insider, Hulu is making a move into the smartphone space with a streaming video iPhone application. The Hulu iPhone application would give iPhone users mobile access to Hulu’s collection of TV shows and movies, presumably free of charge.

Not only will the iPhone Hulu app stream video over both 3G and WiFi connections, an industry-insider claims that the iPhone-based Hulu experience will be as “badass” as the desktop experience. We’re expecting to see the app show up on the iTunes AppStore in a few months, although that timeline can change at Apple’s whim.

If you haven’t yet seen what Hulu has to offer, may we suggest hitting up Hulu’s website? If the iPhone app is even a fraction as amazing as the Hulu website, we’re in for one awesome iPhone application!

Remember that game you used to play in grade school where you would flatten your hand down on your desk,...