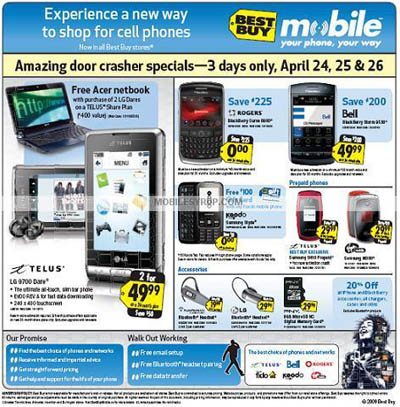 Best Buy Mobile has dropped some mildly insane pricing on some solid devices lately. These ‘door crasher’ deals are only available until April 26th, so Canadians best be getting their bee-hinds into the stores if they want to catch the pricing before the deal is over. Deals to be had:

Before you get too excited, this pricing is apparently only available in the Toronto, Hamilton, Ancaster and Edmonton area. Still, if you don’t live in these areas, call a buddy that does… Those are some good deals son.

Tetris on your BlackBerry… BBtris on Sale through April 29th

Need a new puzzle game on your BlackBerry? How about the classic game of Tetris? MobiHand and the developers at...