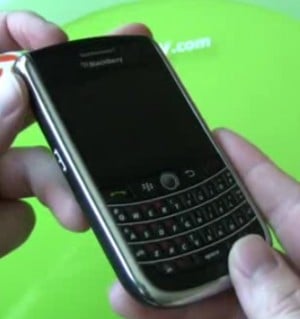 The BlackBerry 9630 bound for Verizon has to date been carrying the internal “Niagara” codename since we first heard about it, but based on a tip and some domain name sleuthing, the final public name will be the BlackBerry Tour. It might sound weird at first, but that’s what people thought of the Storm when the name first come out too. It does make sense, given the 9630’s supposed world-roaming capabilities, and the name stays in line with RIM’s monosyllabic device names. Say what you will about “Tour”, I like it, and am greatful they’re finally using proper names – before the Pearl launched in 2006, BlackBerrys have just been model numbers. As far as keeping the codename, the only time that really would have been worth it was with the BlackBerry Pearl Flip, which was internally called the Kickstart.

Verizon Wireless is preparing to boost its already pretty strong entry-level phone offering with another device. We're talking about the...