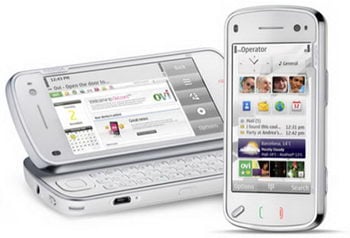 Bad news folks. Nokia keeps saving on hardware even in its high-end devices. The soon-to-be-released Nokia N97 will sport the single ARM11 CPU with clock speed at 434 MHz — i.e. no dedicated GPU. And while this is faster than the CPU used in the 5800 XM (369 MHz), it’s still kinda disappointing.

I know there are some folks out there who’ll argue that CPU is not the only component to look for and I somewhat agree with this claim. However, if we look at the upcoming Samsung Omnia HD, we’ll see that the Korean giant has a different (better, I think) approach. For its flagship Symbian handset, Samsung used the ARM Cortex-A8 600 MHz processor (some sites even suggest it’s 800 MHz) and a dedicated 3D graphics accelerator! Don’t tell me it won’t run faster than the N97, cause it MUST!

I do understand having high margins is very lucrative for Nokia, but c’mon. We’re talking about a very high end of the spectrum here. Does Nokia wants to lose its fan boys? Any thoughts?

LG seems to be cooking a strange device for Vodafone called LG BL40. The "strange" part comes from the upcoming...