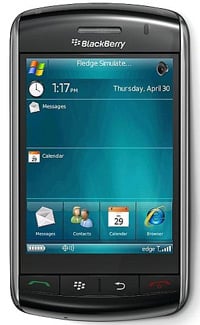 Description of the theme from MBCustomz:

The best selling MBCustomz Theme is now available for the Blackberry Storm. Almost every aspect of this theme has been customized to replicated Windows Mobile OS, with all the reliabilty of a MBCustomz Theme.

Like the look of windows mobile, but bummed that you can’t get for the blackberry? Well now you can. This Windows Mobile 6 theme features a new homescreen layout. Just look at the screens shots below because there are way too many features to type out…lol.

You can pick up the Windows Mobile 6 Theme for the BlackBerry Storm over at Themes4BB… for $6.99.