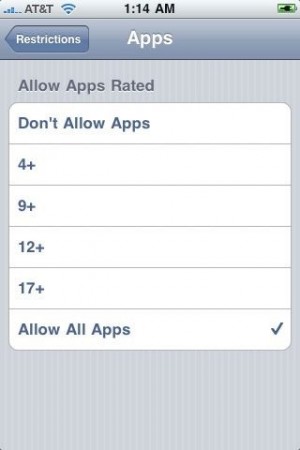 The iPhone OS 3.0 is coming along quite nicely. With each new beta release, the iPhone development community finds new and exciting features for the upcoming iPhone OS update. The latest iPhone OS 3.0 beta release has confirmed that a magnetometer (compass) will indeed be integrated into the new iPhone. And, presumably in response to all the bad press surrounding Apple’s AppStore application approval process, the next-generation iPhone OS will apparently feature parental controls for iPhone apps.

The compass feature is a boon for geo-tracking iPhone fans with a penchant for off-road exploration. The upcoming iPhone has been expected to reveal an in-built compass, and this new finding basically confirms as much. But, perhaps more intriguing is that the iPhone’s compass will finally bring augmented reality technologies to the iPhone. Made famous by Tonchidot’s Sekai Camera iPhone application concept and the Wikitude application on the Android OS, augmented reality hasn’t quite yet been possible on the iPhone. The problem is that, without a compass, the iPhone can’t easily determine the direction it’s facing – which would make it nigh impossible for the software to figure out what data to overlay on the screen. But, now that the magnetometer has been confirmed for the next iPhone, we can expect to see all kinds of cool augmented reality apps hitting the AppStore.

Needless to say, the iPhone OS 3.0 is going to offer some exciting new features! We wait with bated breath.

When your unsupported devices goes wonky on a giant wireless company's network, your first thought is probably going to involve...