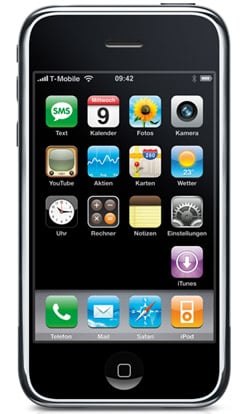 When your unsupported devices goes wonky on a giant wireless company’s network, your first thought is probably going to involve buying a new phone. Fortunately, that line of thinking doesn’t apply to iPhones on T-Mobile’s network.

A recent network update caused some issues for T-Mobile customers using unlocked iPhones. The network update apparently changed the way voicemails were sent out to customers, resulting in blank text messages being delivered to confused customers with date-stamps from the future. The problem wasn’t exactly critical or widespread, but enough to cause concern among unlocked iPhone users.

Now, this is where we have our faith in corporations restored. T-Mobile, upon hearing of this problem with unsupported iPhones, actually promised to give these unlocked iPhones some support. T-Mobile responded to customer complaints with a promise to have the problem fixed within 6 months. Lo and behold, T-Mobile resolved the issue within a matter of days, posting an unofficial announcement that the problem had been solved.

If JD Power’s customer satisfaction surveys weren’t enough, consider this latest tale a testament to T-Mobile’s incredible customer service quality – even for devices that the company doesn’t even sell or support!