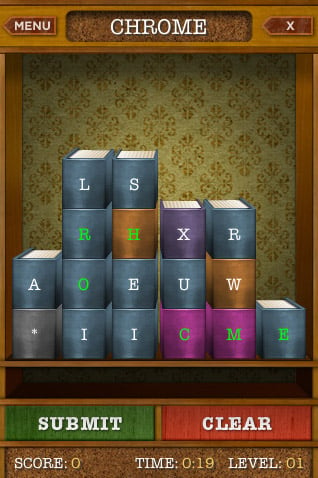 From the press release:

Letter Matrix is a time-based word game that rewards the player for creating words from the English language. In each level of the game, the player interacts with falling books containing a single letter on each spine. The challenge is for the user to combine the individual letters to create words that are no fewer than three characters in length. As words are submitted and accepted, the books are put away and game-play continues through 20 increasingly complex and faster levels. Competitive players can view global online leader-boards and even challenge other iPhone Letter Matrix players. Scoring is based on word length, letter value and complexity of words.

But that’s not all. USA Networks will be releasing more games in the near future. In the meantime, interested users can grab Letter Matrix for $3.99. A free, lite version is also available.

300K text messages in a single month? This Cali girl did it!

Is it even possible to send more than 10 text messages for every minute of your waking day? According to...