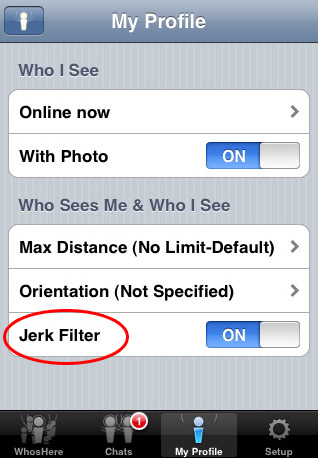 Popular social networking iPhone app, WhosHere, has been recently updated. The new version includes many new features among which the company highlights the so called “Jerk Filter”, which rates users based on numerous criteria, including how they use WhosHere and how other users react to them.

As for the other features, WhosHere now:

WhosHere is used by nearly 400,000 users from 148 countries. It’s the 15th most popular application in iTunes’ Social Networking category, with over 30 million text messages sent in the WhosHere network each month… AppStore link is here.

Wesabe is out with a free iPhone application designed to help users manage their money on the go. Users can...