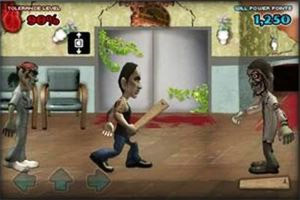 By now we’ve seen virtually every single member of the society “going iPhone.” Why would the famous controversial rapper Eminem be an exception. He doesn’t want to be, at least when it comes to embracing Apple’s mobile platform.

That said, we’re hearing he (along with his crew) is preparing to launch an iPhone game to promote its comeback album – Relapse. They say the game continues the teaser video for his new 3 A.M., in which Slim portrays a murderous maniac running through the woods.

And that’s about all we know at this stage. Scrap that, we also know the release date which is set for May 19th, although Apple has a final saying on that one…

Appledeco website has some 5,000 free wallpapers for your iPhone, iPod Touch

If you've been looking for a good image to use as a wallpaper on your iPhone or iPod Touch, look...