The Pearl Flip’s 2 megapixel camera is mediocre, but it’s never really something BlackBerry excelled in. As you can see in this comparison shot, it’s about on par with the BlackBerry Bold’s – if anything, pictures come out a bit lighter and able to get some extra detail, but makes shots a little more washed out. One way or the other, aren’t the kitty-witties cuuuute? 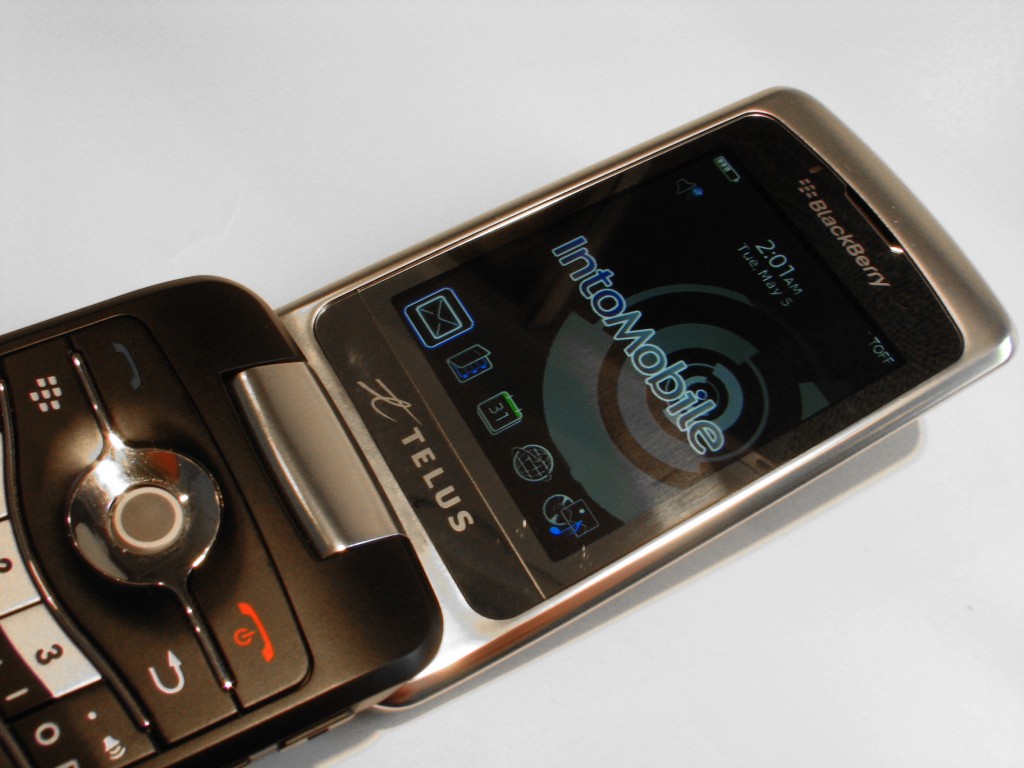 The Pearl Flip is caught in a really weird place as a product; it won’t appeal to those who are already used to the BlackBerry lifestyle since the whole flipping thing isn’t something they’re accustomed to, and generally fob off as a teenager’s phone. On the other hand, those very teenagers will be awfully tentative about getting into the drab and adult world of constant push e-mail, even if it’s packaged in a form factor they recognize. Given RIM is doing their damnedest to bridge that gap, it’s still a big disparity in target consumership that will require a little more elbow grease to successfully pull off.

For the price, however, you can’t really argue with this option. At the end of the day, the Pearl Flip delivers the same BlackBerry experience you would expect, albeit in a slightly different package. A secondary video camera as hinted in leaked documents and maybe 3G and Wi-Fi in the same device would make this handset a four out of five, but as is, 3.5 sounds like a fair score. If the construction was really as bad as I was expecting from early reports, the Pearl Flip would have been a three.

Picture gallery on the last page…

AT&T has gone all official on the release date for the BlackBerry 8900 Curve. We already knew it'll be going...